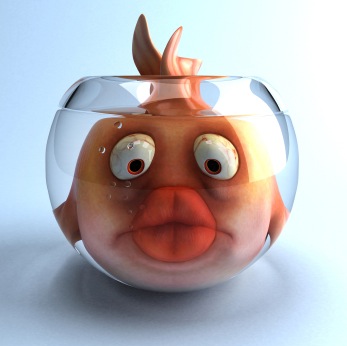 The greatest mistake you can make as a leader is believing that you are better than anyone else; better than you really are.

All too often I have seen leaders falling into this trap. Even I have from time-to-time. I have to fight against it, my ego wanting to be fed. They think that because they are the leader they have to be the font of all knowledge, the wisest person in the room, the judge, jury and executioner. They fall into the trap of believing in their own abilities rather than drawing on the collective wisdom and experience of those around them.

We would describe this trait as arrogance. Sometimes it can be identified in the words the leader uses: “my school, my staff, my School Board, my… ”

Rather than calling it ‘arrogance’, as arrogance is easy to identify and all of us would repel the idea of being called arrogant, I would call it ‘having a fixed mindset’. Leaders who have a fixed mindset are doomed to failure at their own hands.

According to Carol Dweck, author of “Mindset”, fixed mindset leaders live in a world where some people are superior and some are inferior. They must repeatedly affirm that they are superior.

This not you? Then why do we seek to wear the brands we do, drive the cars we drive, and look for affirmation and thanks for the work we do?

Leaders with a fixed mindset do not admit or correct their mistakes or deficiencies. They’re constantly trying to prove they’re better than others. Fixed mindset leaders don’t want teams. They want to be the only ‘big fish’ so that when they compare themselves with others they can feel a cut above the rest. They try to intimidate people with their brilliance.

This not you? Then why do we only seek the counsel of those we know will agree with us? Why do we shift the blame and never say sorry?

“Sadly, most managers and even CEOs become bosses, not leaders. They wield power instead of transforming themselves, their workers, and their organisation.” (Dweck)

When the boss has a fixed mindset a change comes over the place. Everything starts revolving around the boss. When this occurs everyone takes on a fixed mindset. This means that instead of learning, growing, and moving forward, everyone starts worrying about being judged—trust disappears.

This not you? How often do you think about how your decision will impact on the trust people have in you? When was the last time you elevated a person above you when it came to praise and acknowledgement?

In contrast, wise leaders with a growth mindset seek out the counsel of others, seeking to hear different points of view before making a decision. They have the humility to hand over decisions that really aren’t in their expertise or ability.

Growth mindset leaders don’t define themselves by their position or the organisation they work for. They don’t fall into the trap that so many of us do, of focusing on the institution itself rather than the very purpose for its existence, with the institution and our position within it becoming a reflection of our reputation, something to protect at all costs.

True self-confidence is the courage to be open—to welcome change and new ideas regardless of their source.

Ultimately truly great leaders possess and attribute that they few of us can truly claim: humility.