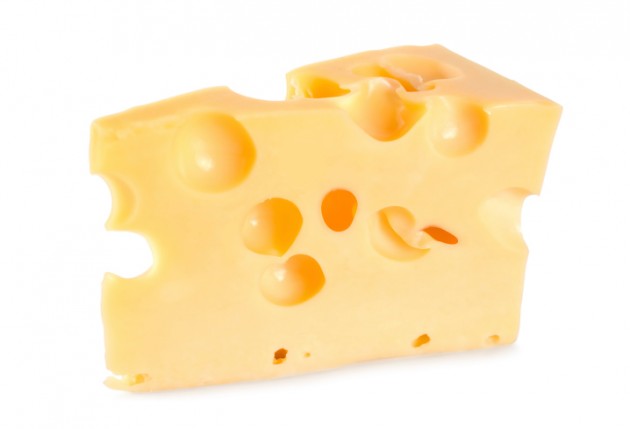 Last week a colleague lent me a book about change. “Who Moved my Cheese?” is a parable, a story about four mice who search for cheese in a maze. When two happen upon a huge store of cheese they stop their daily search and become comfortable, even arrogant in their success.

The two didn’t notice that the pile of cheese they were feasting on was diminishing each day. Not only that, it was becoming stale, even mouldy. Then one day it was gone. Paralysed by the shock, they had lost the ability to adapt, instead, their sense of entitlement caused them to become angry: “who moved my cheese?”

There are three certainties in life, death, taxes and change. Life is about change. However, the rate of change happening around us right now is increasing exponentially. If we don’t adapt, hunt for new cheese, we will become paralysed with fear and even anger.

The Weekend Australian brought more evidence of the change we are seeing. Articles like, “Future of Work”, and, “Regions must adapt to contain the pain that automation inevitably will bring”, highlight again the impact that robotics and artificial intelligence are having on jobs.

Humans are being replaced by robotics at an alarming rate. If it can be automated you can be sure it will, as corporations seek new ways to maximise profits.

“The jobs of the future will be in the few domains where humans retain a relative advantage over computers: tasks involving creativity, social interactions and the ability to respond to the unexpected.”

How are we as a nation responding to this new world order, where 40-50% of the jobs we know of today will be automated within the next decade? Even professions such as accountants, journalists, lawyers, and doctors will be impacted by automation. Will we be like Hem, who in the story of Who Moved my Cheese didn’t read the signs and believed that change would never impact him, until one day he woke up and found the cheese gone?

How is our education system changing to ensure that we are nurturing and growing young people’s creative, innovative and entrepreneurial capacities? Why are we choosing to marginalise the development of a person’s social capacity over a desire to fix the declining academic skills of our young people as measured by NAPLAN, Pisa, and Year 12?

And we can’t just blame our politicians. It would seem that every way they turn they are blocked by the Hems of the world. “Keep the status quo. We are comfortable. It will get better. We will just try harder, or throw more money at it.”

There is great wisdom in the book Who Moved my Cheese: Old beliefs do not lead you to new cheese. The longer we wait, believing that we will be ok, the greater disservice we are doing our young people. Our education system has to be transformed so we are equipping our students with capacities, abilities and skills that computers don’t have.

Who Moved My Cheese, by Dr Spencer Johnson is a great book about change and leadership. The perennial question when it comes to leadership.

We all display leadership from time-to-time. Whenever we seek to influence another person, or group of people, we are leading. For example, when you get a group together to see a movie you are influencing their decisions and compelling them to do something. Leadership, like trust, is a social phenomenon–it only exists when people come together.

How far you go with your leadership will depend on your drive. Some will seek to become leaders in their work or vocation. Some have a natural talent for leadership, others don’t.

When it all boils down to it, leadership is about two things: vision and trust.

Trust can be earned. By practising the leadership skills that engender trust you can become a better leader. However, the size of the vision you can cast will determine how far you go with your leadership.

Vision has been defined as a combination of ‘a deep dissatisfaction with what is and a clear grasp of what could be’. If you have vision, you will always be able to say, ‘It’s not over’ (Gumble, N.). Some people have a natural ability to cast a vision, to see what could be, others don’t have that natural ability.

For example, when looking at places to buy some people can see potential in a run-down house, what it could become, while some will just see the run-down house, and still others will accept it for what it is and move in regardless.

Or another example: A club, church, or music group may be mediocre. Some people see the diminishing community and choose to leave and join something else. Those with the ability to vision see unlocked potential in the members and what it could be.

Without vision, seeing a different future or possibilities, you are simply managing.

Leading is the ability to take a group of people and realising the vision. This can only be done if those you are compelling to join you on the journey are willing to trust you. Otherwise you will have to resort to doing it all on your own (which will never work out as well), or coercing people through manipulation (and that rarely ends well).