“Australia falls further behind on the international rankings” are the headlines once again. With the release of the 2016 TIMSS scores you could be mistaken for believing that our schools and teachers are mediocre at best. Myth or reality—is our education system doing our kids a disservice?

If you take the time to actually critique the results you will find that Australian students aren’t getting worse. They typically are unchanged:

The difference is that other countries, and Kazakhstan, the new kid on the block, have improved remarkably. How is that so? What are they doing differently to what is happening in the classrooms here in Australia?

If you were to visit classrooms in Singapore, Shanghai (and I have) you would see rows of desks occupied by 40-60 students, all compliantly gazing at the blackboard, hanging on every word of the teacher. Rote learning is the order of the day.

I am willing to bet you would see the same in Kazakhstan. The difference between us and these countries is not the skill of the teacher, the resources of the school, or the content of their curriculum, but in the respective cultures. There is a difference by a country mile in work ethic and expectations. 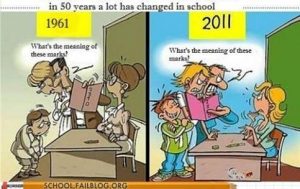 The real question we should be asking is, “what is an education worth having?” Is it one where we adopt a ‘me too’ philosophy and simply judge ourselves by the results of some standardised testing, or should we think more broadly? Should we think more creatively?

The preamble of the 2008 Melbourne Declaration for Education (our nation’s educational philosophy) says,

“As a nation Australia values the central role of education in building a democratic, equitable and just society—a society that is prosperous, cohesive and cultural diverse, and value Australia’s indigenous cultures as a key part of the nation’s history, present and future.”

Who can argue against that? Why wouldn’t we want that for our children and our society? This philosophy has already been agreed, but we seem to be set on being in the top 5 as measured by mathematics and science, because, as someone tells us, these are the skills our children need for the future.

Is this the truth? There is no question that to be able to become an independent functioning member of society a person needs to be able to read, write and add up. But the recent New Work Order report published by the Foundation for Young Australians says that demand for digital skills are up 212%, critical thinking 158% and creativity 65%.

I would boldly suggest that a continued push to improve our standings on the global stage in mathematics and science will be to the detriment of the more relevant skills such as critical thinking, creativity, innovation and entrepreneurialism. Our nation will not remain “prosperous, cohesive and culturally diverse” if we narrow our education system and teaching in the classroom in an endeavour to win a race that actually isn’t worth entering.

That, is an education worth having. 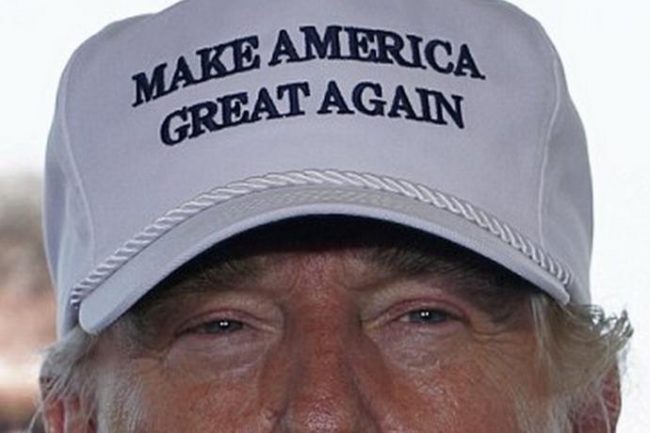 Ironic really, that on 9/11 the improbable happened–Donald Trump was elected President of the United States of America. The result has left the world reeling. How did this man come from joke to reality? What leadership lessons can we learn from his election?

Ultimately leadership boils down to just two things: Vision and trust. Whether you agree with him or not, you cannot deny that Trump sold a vision:

Trump’s vision tapped into the hearts and minds of the average American, who, as a result of globalisation, had been left behind by progress. Unemployed, struggling to make ends meet, the average American was looking for someone to blame, and Trump gave it to them; he put words around their anger. His vision gave them hope.

What sets a leader apart from a manager is their ability to cast an enticing vision for the future. They are able to paint a compelling picture that people want to believe in. A great leader can imagine something different, something better, something that compels people to put in the extra effort to make a reality.

Hilter, like Trump, successfully painted a vision, but sadly, painted the vision on the failings of others. Both sold their visions not by celebrating the great achievements to date, but on the failings of their predecessors. They both identified who was to blame for the people’s predicament. “If elected I’m going to build a wall and I’m going to tear up the free trade agreements. I’ll get your jobs back.” The seeds of the vision they sold was anger, it was grown out of fear and when in full bloom, will generate hate.

The world has changed, and is changing at a rapid pace. Manufacturing jobs, no matter how high a tariff Trump puts on imports, aren’t coming back. Robotics and AI will make certain of that. The vision that Trump, and all our national leaders should be selling is one that recognises and acknowledges the good that has gone before, justifies the need for transformation, and is built on genuine hope for all peoples of our planet. Visions that are sold on the basis of fear and promulgate hate are never destined for success.

The question we are all asking now that Trump has been elected is, “can we trust him?” People will only be propelled towards the attainment of a vision if they trust their leader. Can Trump deliver on his vision and, “make America great again?” Will people put in the extra effort because they know it will create something better for everyone, or will Trump have resort to promulgating greater fear and hate to achieve his goals?