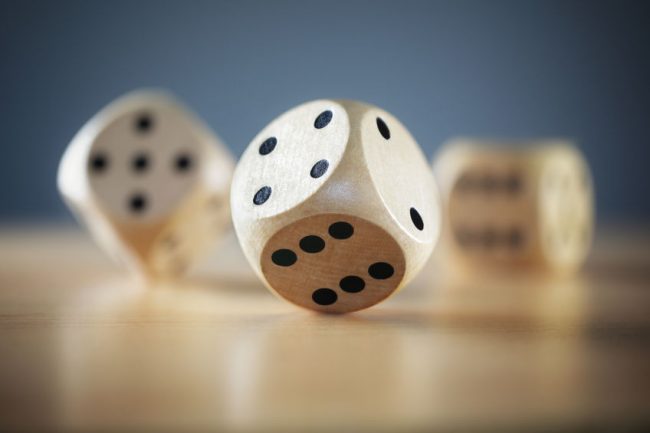 Leaders make decisions. Those who don’t, aren’t leading. People look to a leader to make the decisions, no matter how hard.

How a leader makes decisions tends to fall into one of the following four broad categories:

We are all the product of our life experiences. In particular, our childhood experiences shape our identity, and consequently, how we approach decision-making.

I know I innately fall into the second category, the pleaser. I can’t pin-point what it was in my upbringing, but I know I have a tendency to make decisions that favour the people I want to receive affirmation from. I want to please the people I like and want to like me. This approach feeds my ego, makes me feel valued, a person of worth.

I know that being a pleaser is my weakness when it comes to decision making. Being a pleaser ultimately doesn’t benefit the organisation I am employed to serve, it serves only my interests.

Research has shown that trust is grown when I make consultative decisions, so I have to work just that little bit harder to ensure I put my ego aside and use processes counter to my nature.

Have you ever had the experience of a decision being made that has a significant impact on your work and you weren’t consulted? It leaves you feeling angry, confused, undervalued, and ultimately, it undermines the confidence and trust you have in the leader.

as a result, people are more inclined to put in the extra effort that is needed to achieve the vision.

Which of the four categories of decision-maker do you fall into: the controller, pleaser, procrastinator or the consulter? Why? What is holding you back from moving to a place where the decision-making is shared, building greater levels of trust? When it comes to make decisions I have learned that it isn’t all about me. 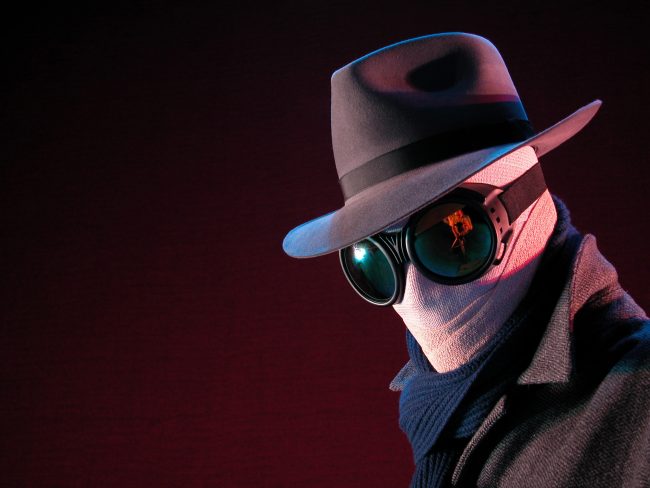 I have never met Malcolm Turnbull. I have met Mr Howard, Mr Abbott, and Kevin Rudd’s wife Theresa, but I haven’t met the current Prime Minister. Do I trust him? All I have to go by is the Party he is affiliated with, and the snippets I hear in the media.

Personally, I tend to give people the benefit of the doubt. I trust them blindly you could say. My starting position is to trust a person until they prove to be untrustworthy. But this doesn’t mean that I’m not cautious in what I share.

What I have learned as a leader is that trust is enhanced the more visible you are. It makes sense. Trust is relational. It is a socially constructed phenomenon. It is cemented and grown if you interact with others; if people see you ‘walking the talk.’

My office as principal at Burgmann Anglican School was on the ground floor looking over the Junior School playground. Each break time there would be children playing outside, waving through the window. I had a direct connection to the life-blood of the organisation.

The office I have at St Paul’s School is on the second floor. It has a beautiful view over the surrounding hills but you cannot see the school. It is so far removed from the organisation that it can be tempting to lock yourself away and bury yourself in all the administration that has to occur.

My research into practices that engender trust taught me that there is incredible value in getting out of my office several times a day to see what is happening around the place: to listen to the ‘pulse’ of the organisation, listen to people’s stories; to celebrate and praise the great things that are happening; and, to model the expectations that the organisation espouses. I hope that I do this well.

Being visible gives the people who follow you the opportunity to prod and poke to see if you are genuine, that you are the ‘real deal’. It gives those people who don’t naturally offer trust blindly, like me, the opportunity to see who their leader is. Are they someone they want to follow, or is their trust going to be misplaced?

Mr Turnbull can’t be visible to me personally, unless I have the opportunity to meet him sometime in the future, but as a leader, I can be visible to everyone in the organisation I serve. I have learned that walking up to eight kilometres a day to be visible is not a waste of my time, but incredibly important to my ability to lead and create a culture that enables people to flourish. 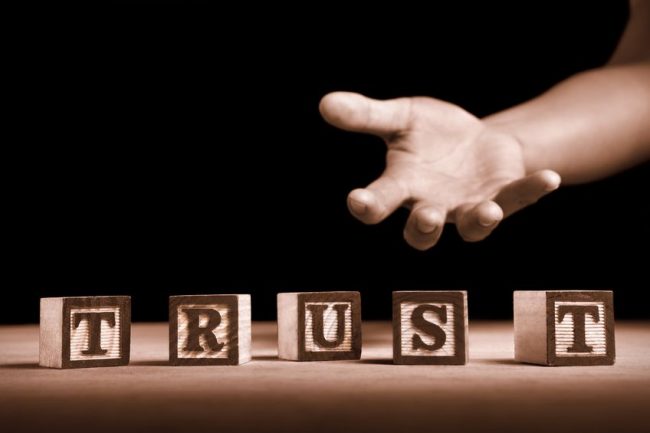 PhD research identified 10 practices that build trust and unlock the path to compelling leadership. Offering trust is perhaps one of the most powerful and yet, one of the hardest. It is a practice that causes us to question the essence of our own identities.

“I will be away from next Wednesday until the following Monday but will be on email and can be contacted by phone. In my absence Steven will be Acting Head.”

I sent the above email out the day before I left. After I did I began to ponder on the message it gave. Does it say, “I am here to serve, even when I am away”, or does it say, “I’m indispensable and you will need me, even if I’m not there”?

I find it fascinating watching the inevitable at conferences, particularly conferences for leaders. At each break the mobile phones come out. Everyone checking in. “Everything ok back at work? How are you going on that project?” I know this as I too was a culprit. Perhaps it was a strategy to avoid talking with someone new, or a technique to convince myself I was important, that I was indispensable.

What happened in the days before mobile technology when the leader went away to a conference or on holidays? They couldn’t be contacted. They had to trust the troops to keep things running. Now, it would seem, we have become enslaved. Our identity intrinsically connected to the amount of time we are on our devices.

Perhaps you have given similar messages to those you lead: “When you have written your reports send them to me for checking”; or, “let me know how you get on with that client”.

Our ability to offer trust is caught up in our own perception of who we are. If we lack a certain self-confidence we need to constantly demonstrate that we are important, that people need us, that we are the one in charge, that no one can do it as well as me.

My (our) ability to be in touch at all times says that I’m in control. If I’m not in charge then my lack of self-confidence tells me that I’m not needed, I’m dispensable. So to continue to be needed, to have an identity of importance, I need to seek to remain in control.

The email message I sent out should have read, “I will be away from next Wednesday until the following Monday. Steven is in charge.”

If we are truly confident in ourselves and comfortable in who we are then we would offer trust to others, allowing them to blossom in the opportunities our willingness to be humble provides. You don’t have to lead all the time. 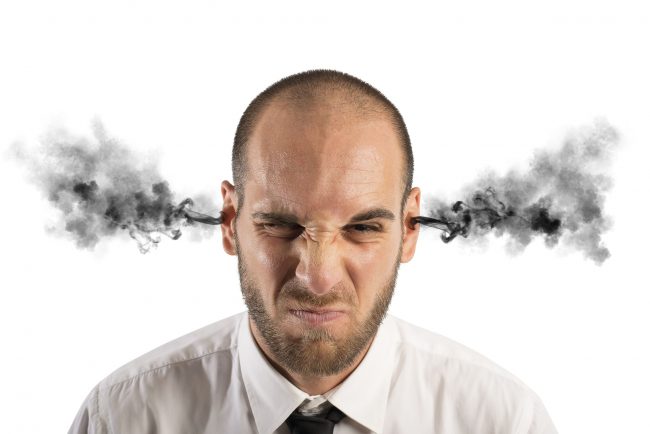 Organisational and leadership author, Stephen Covey[1], has identified the ability to ‘establish, extend, and restore trust’ as the ‘key leadership competency of the new, global economy’.

According to Covey, the number one role of a leader is to inspire, build and sustain trust. For organisations, the effect of trust goes beyond leadership; it has significant impact on a company’s ability to innovate.

Consider the following account of a person who was publicly berated by his boss:

In one sense, the experience reminded me of military training: the drill sergeant yelling obscenities in the face of the new recruit in an attempt to break him. In some weird way that behaviour has an objective, this experience left me feeling humiliated. I felt like a small child being told off in front of his siblings. It had a crushing and lasting impact on both me and the other people present.

For my boss, the concept of leadership was about control, wielded in such a way that we were left with no doubt as to who the person in authority was. She had control, but she didn’t have respect, and certainly didn’t have the trust of her staff.

Fortunately (hopefully) this kind of behaviour is not the norm in workplaces. But nonetheless, it highlights an important lesson for any leader, regardless of their concept of leadership: Trust is key and trust is gained by always being calm and controlled.

Once lost, trust is very hard to get back. In the above example, the leader chose to throw trust away by treating people abysmally, but trust can be lost by less extreme leakages such as incompetence, poor listening skills, poor decision-making, and a whole host of other reasons, but essentially through what can be summed up as poor leadership.

When I go to see my boss it is usually because I have a problem that I am having trouble solving. Sometimes it is because I need to confess that I have ‘stuffed up’, and as a result a complaint might be coming their way.

While an awkward situation to be in, I feel a sense of trust because I know she will calmly listen to me. I know what I am getting every time. She is predictable, calm, controlled.

It has been a tough week for me as a leader. I have had little sleep. I know when I am sleep deprived my ability to control my emotions becomes compromised. Knowing this about myself is the first step in ensuring that I remain calm and level-headed. I need to take more breaks, walk and get some fresh air, eat well and not rely on coffee.

How do the people who to look to you for leadership describe your demeanour? Are you predictable? What are your triggers? For me it is a lack of sleep, for others it can be a fear of making a mistake.

The first step to developing trust in your leadership is knowing yourself and what your triggers are. With that knowledge you can create strategies to ensure that you can always be controlled in every circumstance.